Kelly, P., Whitfield, C. “Playing the Numbers: Employment Outcomes in the Two-Year Sector: The Witch Hunt for College Programs that Don’t Pay Off,” Change: The Magazine of Higher Learning, 46:3, 60-63, May 2014.

Kelly, P. “Realizing Kentucky’s Educational Attainment Goal: A Look in the Rear View Mirror and Down the Road Ahead,” NCHEMS (commissioned by the Kentucky Council on Postsecondary Education), 2011.

Kelly, P. “Crossing the Starting Line: An Examination of Productivity at Indiana’s Public Colleges and Universities,” NCHEMS (commissioned by the Indiana Chamber of Commerce Foundation and the Indiana Commission for Higher Education, with support from Lumina Foundation), October 2010.

Kelly, P. “Closing the College Attainment Gap between the U.S. and Most Educated Countries, and the Contributions to be made by the States,” NCHEMS, 2010.

Kelly, P. “The Dreaded “P” Word: An Examination of Productivity in Public Postsecondary Education,” NCHEMS (supported by the Delta Project on College Costs), 2009.

Kelly, P., Ewell, P. “Colleges and Universities and their Stewardship of Place: A Guide for Developing Performance Measures for the Equity of Access and Student Success,” NCHEMS (commissioned by the National Association of System Heads), 2009.

Kelly, P. “Beyond Social Justice: The Threat of Inequality to Workforce Development in the Western United States,” NCHEMS (commissioned by the Western Interstate Commission for Higher Education, with support from the Ford Foundation), 2008.

Kelly, P., Prescott, B. “American Higher Education and the Nation’s Ability to Compete in the Global Economy,” Change Magazine. March/April 2007.

Kelly, P., Jones, D. “A New Look at the Institutional Component of Higher Education Finance: A Guide for Evaluating Performance Relative to Financial Resources,” NCHEMS (with support by the PEW Charitable Trusts), 2006. 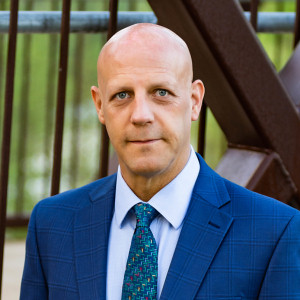 As an enthusiastic researcher and statistician, I spend my career striving to better inform higher education and workforce policy decisions across the United States – finding along the way threads that can be woven into the fabric of the development of human capital.